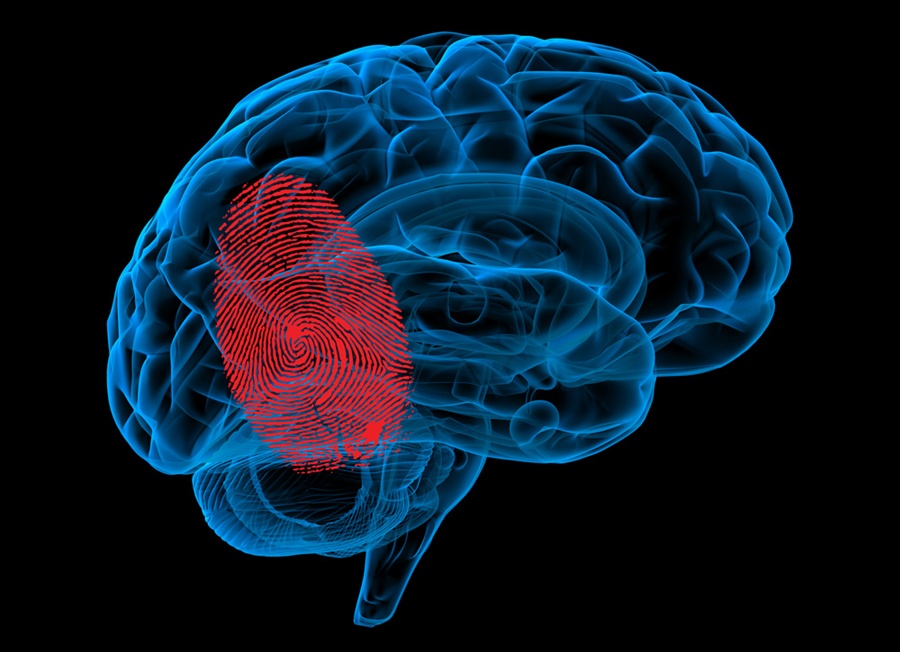 Mapping Chronic Pain in the Brain

Imagine lying inside a massive functional magnetic resonance imaging (fMRI) machine, your head surrounded by a 10-foot-wide white magnetic doughnut. While you lie there, daydreaming, the scientists in the room next door monitor the patterns of activity that flicker around in your brain.

Then someone sneaks up and stabs your hand with a fork. Nerve signals shoot up your spine, then radiate all over your brain: Ouch! The scientists in the next room didn’t see what happened. But since they’re looking at images of your brain on a monitor, it seems like there is no way they would miss what you just felt. Such an intense sensation must light up the fMRI scan like a Christmas tree, right?

Nope. In fact, your feeling of pain is impossible for them to decode, says Sean Mackey, a pain expert at Stanford’s Division of Pain Management. “Can you determine when another person is experiencing pain? No,” he says. “To date, nobody has ever done that.” This basic fact, that pain cannot be detected by anyone besides the person who is suffering, is a big reason why pain is so difficult to treat. Shockingly, there is still no way to measure pain beyond asking you how much it hurts.

This lack of knowledge has major consequences in cases of chronic pain. We’ve all experienced acute pain, such as the burning sting from a hornet or the throbbing of a stubbed toe. These sensations fade away on their own. Chronic pain is more stubborn, lasting months or years and often resisting all drugs and treatments. It may arise from serious injury or illness, or it can set in for no obvious reason.

For Mariann Farrell, chronic pain began with a car accident nearly 30 years ago. The pain spread from her back to her leg, neck and shoulders, keeping her bedridden for a year. “I kept waiting for this pain to go away, and it didn’t,” says Farrell, who now facilitates a chronic pain support group near Pittsburgh. “My life became just turned upside-down.” She had to quit her job as a teacher, and it wrecked her personal life: “I couldn’t be the mother or the kind of wife that I wanted to be.”

Eventually, she was diagnosed with fibromyalgia, a mysterious condition that often causes crippling pain throughout the whole body — muscles, bones, joints and tendons. There’s usually no evident cause of the pain, and no way to measure it independently. As a result, people like Farrell often have a hard time finding treatments that work or a doctor who takes their agony seriously. Unfortunately, Farrell’s story is common: Almost 1 in 3 Americans has some form of chronic pain, at a cost estimated at more than $600 billion a year.

Seeing Pain in the Brain

An important step toward helping people like Farrell, says Mackey, is to learn to recognize what chronic pain looks like in the brain. For about 15 years, he has investigated the neural machinery of pain with neuroimaging. He’s looking for a way to measure suffering objectively and understand it better, so it can be treated.

Mackey, an anesthesiologist with a degree in electrical engineering, began by using scans to observe what happens when people feel one quick burst of pain. In experiments in 2010, he zapped 24 healthy people with a blast of heat while they lay in an fMRI scanner. He developed a machine-learning algorithm — a computer program — that can crunch through all the complex data from the brain scans to identify which regions consistently become active during the feeling of pain. With the first eight volunteers, the algorithm was told whether or not the subject felt any pain so that it could develop a set of rules. For the next 16, the system had to guess. It was able to distinguish pain from no pain with 80 percent accuracy.

It was a promising start, but Mackey knew that observing temporary pain in healthy volunteers is a far cry from understanding the misery of experiencing chronic pain. Brain anatomy can change over time, and he suspected that chronic pain might make a physical imprint on the brain, almost like a scar. So he turned to structural MRI, a technique that reveals anatomy, to look for changes in brain density. He studied 94 people, half without any pain problems and the other half suffering from lower back pain for at least six months.

His analysis, published in late 2012, documented a pattern of changes throughout the brain in study participants with chronic pain. The amygdala, a region involved in memory and emotions, was less dense than expected. Lowered density usually means that nerve-cell bodies, known as gray matter, or the material around them, have thinned out or died. But tissue was more dense than normal in the sensory cortex, the cerebellum (which orchestrates movement) and the dorsolateral prefrontal cortex, which handles higher-level activities like movement planning and abstract reasoning.

The changes in density probably mean that these brain regions are not functioning normally, but Mackey doesn’t know why these regions in particular were affected. It’s not even clear that long-term pain is the cause; the density changes might actually cause the pain. What is clear is that pain has a distinct fingerprint, a subtle thickening and thinning of tissues across the brain. Using this signature, the system could spot the people with back pain 76 percent of the time.

It is a big step toward the goal of pain science, which is to zero in on the brain region or regions altered by chronic pain and devise a treatment (a drug or maybe electrical stimulation) that can correct the malfunctioning neurons in that zone. “What is different in the brain about patients who have low back pain — is it decreasing gray matter? Is it an increase in [electrical] excitability?” asks Mackey. “Is there a way we can stimulate that brain region to counteract that?”

No Window to the Soul

The ability to measure pain with a machine creates new controversies. Lawyers and insurers alike have asked Mackey if his brain scans could be used to prove that people who claim to be injured are making it up. But the scans aren’t — and probably never will be — reliable enough to provide a window to the soul. “This is not meant for the purpose of developing a lie detector for pain,” he says. “I am very much opposed to that application, especially with the technology we have at this point.”

Some pain researchers, such as Michael Robinson of the University of Florida’s Center for Pain Research and Behavioral Health, fear that using neuroimaging to diagnose chronic pain could distract physicians from dealing with the real problem: patients’ experience of pain. He worries that doctors will pay too much attention to the scans. “Even the most sophisticated imaging technique is not a substitute for self-report of the pain experience,” he argues. “Do you really think that patients with back pain can’t tell you where it hurts?”

Mackey and his colleagues counter that while listening carefully to patients is essential for good care, it usually can’t reveal pain’s root causes. Looking at brain density or activity is more likely to reveal how these conditions come about, and suggest how to treat them more effectively.

Farrell has found some relief through meditation. But she waits, with millions of other chronic pain patients, for a better solution. “We can still function and have good lives,” she says. “But they’re not the same lives.”