Our mission is to ease suffering, restore health and enhance the lives of our patients through education and innovative, comprehensive pain management.

We are Southern Oregon’s first interventional pain management practice with specialists in both anesthesiology and physiatry. We strive to be pioneers in the advancement of pain management techniques and to remain on the cutting edge of pain management, and continue to be informed and trained in new methods and technology.

We believe treatment cannot be standardized across diagnoses and so we work with specialized practitioners to create a customized treatment plan that is most effective to your individual needs.

Trained physicians Dr. Savino completed an Anesthesiology residency and a fellowship in Interventional Pain Management at Loma Linda University Medical Center (Loma Linda, CA), and received board certification in Anesthesiology through the American Board of Anesthesiologists with subspecialty Certification in Pain Management. Dr. Johnston, a graduate of the University of New England Medical School, completed a residency in Physical Medicine and Rehabilitation and a fellowship in Pain Medicine at the Mayo Clinic (Rochester, MN). 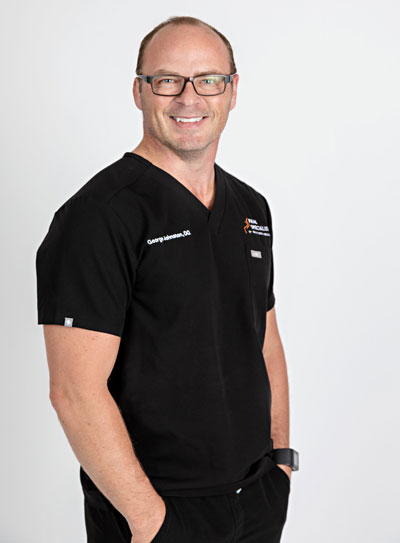 Dr. Johnston, an Oregon native, graduated from the University of New England College of Medicine in 1999. Following medical school, he continued his education at The Mayo Clinic in Rochester, Minnesota. There he completed an internship in internal medicine followed by a residency in physical medicine and rehabilitation. In 2004, he completed his fellowship in pain medicine. Dr. Johnston is a diplomat of the American Academy of Physical Medicine and Rehabilitation and has subspecialty board certification in Pain Medicine. He moved to the Rogue Valley in 2004. He brought his unique and diverse skill set to Pain Specialists of Southern Oregon in 2006. When not practicing medicine,
Dr. Johnston enjoys CrossFit, golfing and spending time with his family. 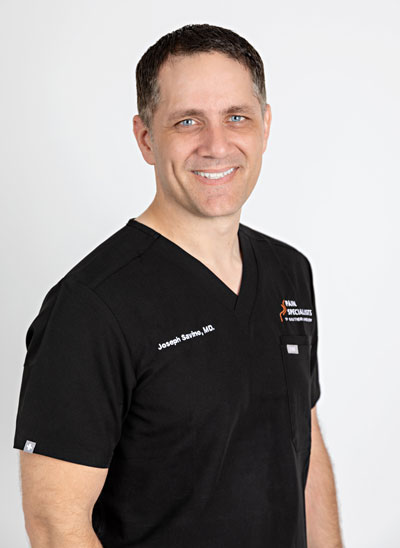 Dr. Savino graduated from Loma Linda University School of Medicine in 2000. He then completed an Anesthesiology residency and a fellowship in Interventional Pain Management at LomaLinda University Medical Center, and received board certification in Anesthesiology with subspecialty Certification in Pain Management. Dr. Savino is also a Diplomate of the American Board of Pain Management and a Fellow of Interventional Pain Practice through the World Institute of Pain. He arrived in the Rogue Valley with his family in 2005 and has since become a vibrant part of the community, serving as a board member of two local non-profit organizations. 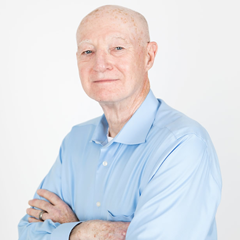 Paul was born and raised on the East Coast. He volunteered for the Marines and served in Vietnam. He was the first combat veteran appointed, from the ranks, to Midshipman at the US Navel Academy but was medically disqualified. He lived in Europe several years and attended medical school in Spain for a year before financial constraints forced him to postpone his dream.

He returned to the United States, earned an engineering degree at night school. He worked for several major firms in their technology divisions and was recruited by Boos, Allen and Hamilton to join their consulting practice. He went on to form his own technology consulting company specializing in technology management for financial trading firms. His firm designed and implemented high tech trading floors for several leading financial Wall St. firms.

As a local he provided emergency and primary care in multiple locations, throughout the country. In Oregon, he met his wife, Linda. They settled here, in the Rogue Valley, where they enjoy exploring our beautiful countryside. They also enjoy family, sports shooting, our many theater venues, music and movies.

Paul has always been involved in community service. While on the East Coast he was a volunteer EMT, EMT Instructor and continues to have Paramedic Certification.

Paul also served for more than 20 years as a small boat coxswain in the US Coast Guard Auxiliary. He spent many hours on safety patrols and his most memorable service was 10 straight nights and days of patrols in New York harbor after 9/11 for which he and his crew were awarded the 9/11 Medal.

Paul had been active in pain management for more than a year before joining Pain Specialists of Southern Oregon. He enjoys acting as a coach, helping his patients manage their pain with multiple resources: including counseling, physical therapy, lifestyle changes, interventional procedures and medications. 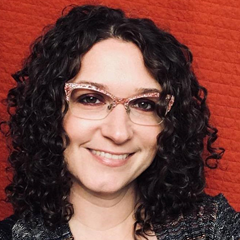 Denise, originally from Ohio, began her nursing career as a registered nurse in 1999.  After her first year as a Trauma/Orthopedic nurse at University Hospital in Cincinnati, she moved to Colorado.  With 2-1/2 years of experience on the Neurosurgery/Neurology/Orthopedic Unit at University Hospital in Denver, Denise decided to become a travel nurse.  She worked with adults on various medical-surgical units in six states over the course of 6 years.

In 2009, she moved outside Nashville and stayed for 8 years.  She held the position of staff nurse and team leader on the orthopedic and joint replacement units at St. Thomas Midtown.  During her stay in Tennessee, Denise obtained her Master of Science degree in Family Nurse Practice from Tennessee State University in 2017.   She is certified with American Academy of Nurse Practitioners. 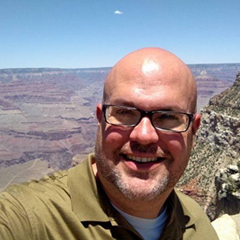 He received his medical degree in 2016 having over 2 years of diverse experience, especially in Nurse Practitioner. Jeremy has a Master of Science in Nursing and is affiliated with many hospitals including Asante Three Rivers Medical Center, Jackson Parish Hospital. Jeremy worked at Optimal Health of Southern Oregon in Grants Pass before joining Pain Specialists of Southern Oregon in 2018. 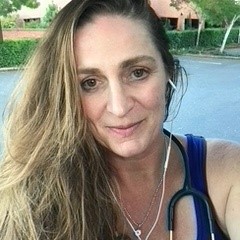 Amicia Bullard Graduated from Pacific University’s Physician Assistant Studies Master’s Program in 2000. Prior to this, Amicia taught Life Science and Special Education. After graduating PA school, she worked for 19 years working a variety of specialties. She was told by a professor that “there is no substitute for a solid base in primary care for any specialty.” On this advice, Amicia worked in both Washington State and Oregon in primary care and urgent care for over ten years. orthopedics and dermatology became a particular interest of mine, as they allowed more hands-on care and procedures.

She has worked in a wide variety of setting during my years as a physician assistant: At Madigan Military Base in the ER, Pediatrics, Occupational Health, to name a few. What she has learned is that no matter the setting, as a provider I am here to serve my community and be a partner in my patient’s health.

Amicia’s interest in Pain Management is the result of years of seeing patients endure chronic pain and limited mobility. My experience in orthopedics and primary care prepared me to address the reality that “we can’t fix everything”. But we can use the ever-growing medical options to increase mobility, lesson pain to improve the quality of life of our patients. My hands-on approach, including training in Ultrasound guided joint injections and regenerative medicine, could help serve the community who endure various forms of chronic pain. 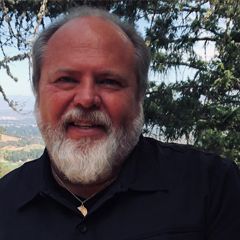 Eric Wruck DC, FNP graduated from Western States University with a doctorate degree in Chiropractic.  After practicing for over 20 years in Maui, Hawaii and expanding his clinic into an integrated medical clinic he decided to further pursue his studies and graduated from Herzing University with a Master’s of Science and is a board certified Family Nurse Practitioner.

His clinic focused on Occupational/Work, Auto, Sport and Personal related injuries. Having recently relocated to Medford from Hawaii with his wife to join his children whom have lived in the Rogue Valley for over 10 years, he is looking forward to contributing to the local community as a healthcare provider.  The past 3 years his personal practice has expanded into regenerative medicine, pain management, aesthetic procedures, IV nutrition therapy and has pursued multiple certifications in these fields.  His advanced trainings also include ultrasound guided injections, prolotherapy, plasma rich platelet (PRP) therapy and stem cell therapy.

We treat the whole person.

All medical communications please use MyChart or please call 541-779-5228.
A referral is needed from your primary care doctor, and authorization for medical records release.

This form is for general questions and information only. (Fill out completely)